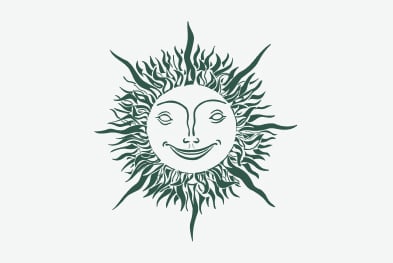 At midnight of the night from 15 to 16 August 1960, Cyprus ceased to be a British colony and became an independent Republic. At an official ceremony on 16 August, the last British Governor, Sir Hugh Foot, handed power over to the first President of the newly established Republic of Cyprus, Archbishop Makarios III and its first Vice-President, Fasil Küçük, who were elected to the State’s highest offices at the first presidential elections on 13 December 1959.

The Zűrich-London agreements and the Constitution of the Republic of Cyprus contain provisions for the establishment of two elected Communal Chambers, a Greek and a Turkish one, which deal with all educational, cultural and religious matters concerning the two communities.

The first parliamentary elections took place on 31 July 1960 and, on 7 August 1960, elections were held for the Communal Chambers. The elections followed a majority system on the basis of colonial legislation. The number of Representatives was fifty, according to the Constitution and, out of those, thirty-five (70%) were elected by the Greek Community and fifteen (30%) by the Turkish Community.

The newly-established House of Representatives faced problems in its normal functioning ever since its very beginning due to the Constitution’s shortcomings. Having been elaborated by a mixed constitutional committee, the Constitution given to Cyprus ensured citizens´ basic liberties and rights, but contained divisive elements, which restricted right from the start the state’s smooth progress and development. Provisions to that effect include, inter alia, the right of veto of the Vice-President of the Republic, the election of separate municipal authorities by each Community in the five larger towns (except Kyrenia where there lived but a few Turkish Cypriots) and the separate majority of Greek Cypriot and Turkish Cypriot Representatives needed for the amendment of the electoral law and for the adoption of any law relating to the municipalities or imposing taxes and duties. As a result of this provision, a small minority of Turkish Cypriot Representatives has the right to overturn the will of the majority. Using this right in 1961, the Turkish Cypriot Representatives voted against the Bill for extending the duration of the Tax Law in force and subsequently also against the Income Tax Bill, leaving the Republic without relevant legislation for four years.

After the intercommunal strife of December 1963, the fifteen Turkish Cypriot Representatives withdrew from the House and their seats have since remained vacant. All Turkish Cypriots holding public office or working in the civil service also withdrew from their posts. The House continued to function, since, according to constitutional provisions, it can deliberate if at least one-third of the total number of Representatives is present.

Important developments took place on the Cyprus political scene in the years that followed. The posts vacated by the three Turkish Cypriot Ministers, who withdrew from the Government, were taken over by Greek Cypriot Ministers and the competences of the Supreme Constitutional Court were transferred to the Supreme Court. In March 1965, the House enacted a law, through which the legislative powers of the Greek Communal Chamber were transferred to the House of Representatives, competences on educational, cultural and teaching issues were transferred to the Ministry of Education, established by the same law and the rest of the Chamber’s administrative functions to other relevant Ministries.

Due to the irregular situation caused by the dramatic events to 1963, the next parliamentary elections were not held in July 1965, but only on 5 July 1970, with the Representatives´ term of office being renewed every year through relevant legislation. The coup d´ état of 15 July 1974 and the Turkish invasion of 20 July 1974, the occupation by Turkish troops of 37% of Cyprus´ territory and the violent expulsion of about a third of the population from their homes and properties resulted in the elections being postponed yet again. The next parliamentary election in the Republic of Cyprus was held on 5 September 1976.

In the terms of office that followed, the House took another task upon itself: the enactment, in cooperation with the executive, of special legislation for the equitable distribution of burdens brought about by the Turkish invasion and occupation, as well as of other legislative measures aiming at the restoration of the country’s economy and relief of the displaced, other victims and the relatives of missing persons. The House has since been taking active part in the people’s struggle for finding a just and viable solution to the Cyprus problem at both the local and international level.

The decision taken by the House on 20 June 1985 to increase the number of its Representatives to eighty constitutes an important landmark in the Parliament’s history. Fifty-six of them would be elected by the Greek Community and twenty-four by the Turkish Community in order to preserve the 70:30 ratio provided for in the Constitution. This decision was taken invoking the law of necessity, since the Constitution calls for separate majorities of Greek Cypriots and Turkish Cypriots in the case of the relevant amendment. The increase in the number of Representative’s was required ipso facto, since, due to the multiplication of the Parliament’s activities and its participation in several international parliamentary organisations, the fifty existing members could no longer carry out the work of the Legislature properly and especially that of parliamentary committees.